WHEN HIJAB IS FOR ALLAH 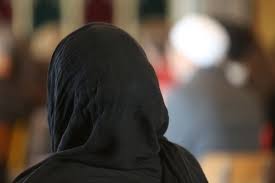 This blog will enlighten the details about hijab that is solely implemented for Allah. Just because some of the girls covered their head, they think that the requirement of wearing hijab is fulfilled. But it requires much more than just covering their heads. Hijab is not just about outer appearance. It reflects your faith and obedience to the Allah. Hijab isn’t hiding your beauty with tight clothes; it’s how you handle your beauty for the sake of God.

When you start wearing hijab just for the sake of Allah then you will realize the importance of hijab. Hijab will bring you close to your Allah and his Prophet (SAW) because it the command of Allah and we are obligated to obey it. Islam is a complete religion in which all rules and regulation are well synchronized, and if one wants to meddle with a certain part, the whole system would crumble. You have to accept the whole religion as it is, you cannot choose from it. You need to focus on some major point while wearing hijab for Allah.

There are many benefits that come with hijab but the first and foremost thing is the commandment of Allah. For the happiness of Allah, we should obey his rules and regulations. In Quranic Verses (33:59) Allah says:

The one, who believes in Allah and does every single act for his contentment, will always be successful in life. Because Allah knows what is best for His creation and provided guidance in order to benefit humankind. Hijab do not make women inferior to men. It is only an act of obedience between women and Allah that bring us close to Allah and gives us the sense of satisfaction.

Hijab shields women from perverted looks and scrutiny. It minimize sexual enticement and moral deprivation in society as much as possible between women and men. It guards women from unwanted happenings. Hijab protects women from temptation and sexual exploitation based on women appearances.

Whenever a woman wear hijab, she feels secure and satisfied which bring confidence in them. So, do not wear hijab to show it to society, wear it for yourself because it is not just a hijab, it’s a key to Jannah.

Islam promotes modesty and decency and seeks to minimize immortality within society. Modesty is one of the fundamentals of Islamic Shariah. Because we have been specifically instructed that:

“Modesty is a part of Iman”

The Hijab among other things helps us to attain this goal. If we want to accomplish this goal we have to fulfill the requirement of hijab that Allah told us in Quran. Allah does not need the hijab that is just for fashion or is a temporary action. It is a permanent act that we should practice our whole life. In Quran (24:30-31) Allah SWT says:

0
Open chat
1
Powered by
Assalam o Alikum
Do you need any Help. Just send us a message and we will get back to you